Sign up to get news, articles and publications from IDIS WELCOME MARKETING E-MAIL 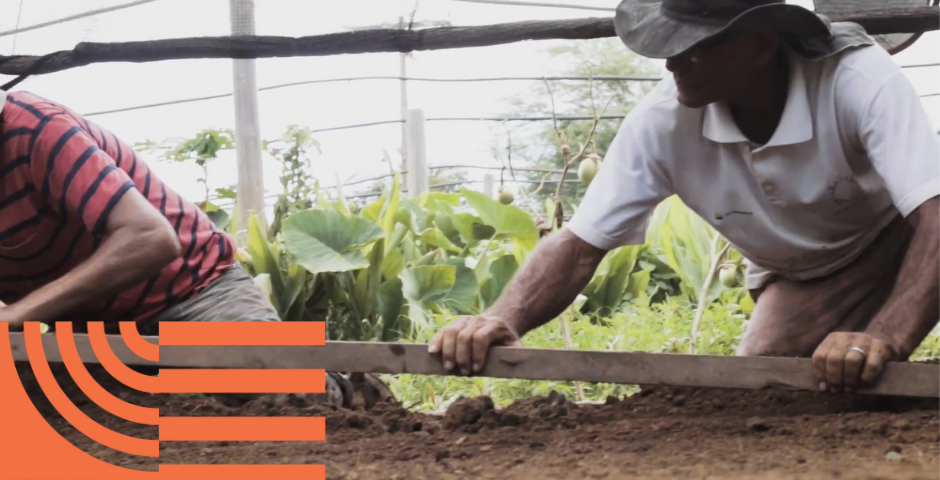 We believe in the potential of communities developing and addressing their vulnerabilities through their own resources, potentialities and visions of the future.

The Transforming Territories Program is an IDIS initiative, in partnership with the Charles Stewart Mott Foundation, for promoting the creation and strengthening of community institutes and foundations in Brazil.

What are community institutes and foundations?

Community institutes and foundations are civil society organizations that seek to improve the quality of life of populations in specific geographic regions, through training, management and distribution of resources to nonprofitable organizations and to social initiatives. With the development of capabilities and the valorization of local assets, these organizations produce knowledge and act in networks with the government and civil society in favor of territory development.

The COVID-19 pandemic and its impacts on vulnerable populations in the country has made it evident that local organizations are capable of mapping needs, thinking up solutions, spreading information, distributing food and even providing health care in their territories.

This belief is a part of the scope of IDIS since its founding in 1999. Experiences and knowledge that were acquired throughout two decades or works, in addition to the global context, which is characterized by the growing recognition of communities and collectives as key elements in the promotion of a planet that is more sustainable, led to a partnership between IDIS and the Charles Stewart Mott Foundation for the development of Community Foundations and Institutes in Brazil.

The first stage, carried out between 2018 and 2019, sought to understand the profile of organizations and informal initiatives in the state of São Paulo that searched for solutions for social problems through commitment and direct involvement of local communities. The second stage, which began in 2020, consists in the mapping and implementation in Brazil of Transforming Territories – a program to foster the development of Community Institutes and Foundations.

The initiatives operates in two fronts: one focused on sensitizing and making donors commit to the cause and another for the promotion of creating and developing Community Foundations and Institutes.

Check out the model for action:

Check out the organizations that are already a part of the program: 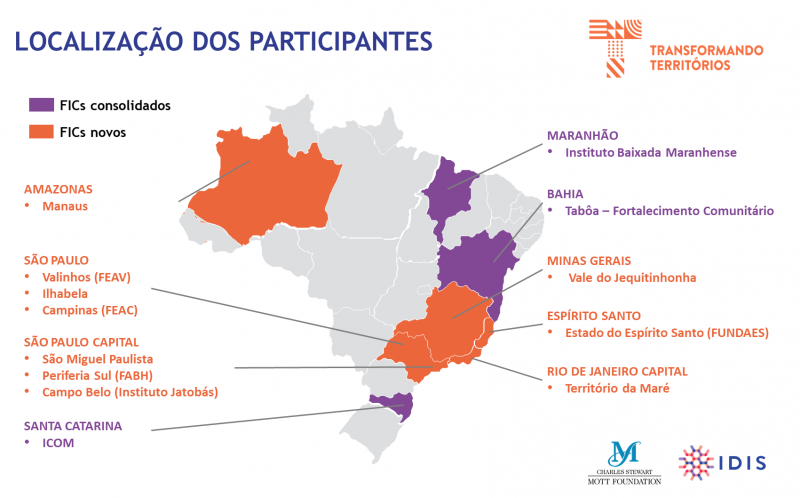 IDIS believes that the consolidation of this model and the increasing emergence of success cases throughout the country can open new fronts for fundraising, expand territory potentialities, encourage the emergence of new community leaders, and contribute to the encouragement of the giving culture.

Want to be a part of this project? Contact us at territorios@idis.org.br 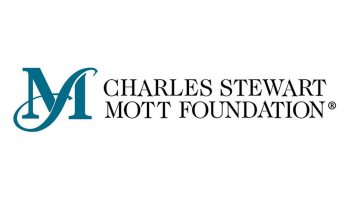 The Charles Stewart Mott Foundation is a North-American grantmaker organization, with headquarters in Flint, Michigan. It was founded in 1926 by Charles Stewart Mott, former director and shareholder of General Motors Corporation. Over US$3.2 billion in assets have been allocated to the development of projects with focus on 4 acting areas: Civil Society, education, environment and the Flint community. Mott has supported organizations in over 62 countries and in 2019, distributed US$ 133 million in grants.

You can find out more about which cookies we are using or switch them off in settings.

This website uses cookies so that we can provide you with the best user experience possible. Cookie information is stored in your browser and performs functions such as recognising you when you return to our website and helping our team to understand which sections of the website you find most interesting and useful.

Strictly Necessary Cookie should be enabled at all times so that we can save your preferences for cookie settings.

If you disable this cookie, we will not be able to save your preferences. This means that every time you visit this website you will need to enable or disable cookies again.